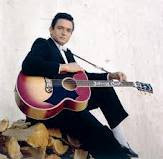 Tickets are on sale for the 80th birthday party celebration for Johnny Cash. He was born on February 26, 1932, and we said good-bye to him on Sept. 12, 2003 at age 71. The legendary musician will be honored this April 20, 2012 at the Austin City Limits Live venue in Austin, Texas. Cash's memory continues to live through his music. The concert is called --"We Walk the Line: A Celebration of the Music of Johnny Cash."

Performers include Kenny Chesney, Kris Kristofferson, Lucinda Williams, Ray LaMontagne, Jamey Johnson, Chris Cornell, Ronnie Dunn, Carolina Chocolate Drops, Amy Lee and Shooter Jennings
Because of Johnny Cash's crossover appeal, he was inducted into the Country Music Hall of Fame, the Rock and Roll Hall of Fame, and Gospel Music Hall of Fame. He was fondly known as "The Man in Black" because of the dark clothes that he wore. One can only wonder what he would be singing today if he was still around to celebrate his 80th birthday party.