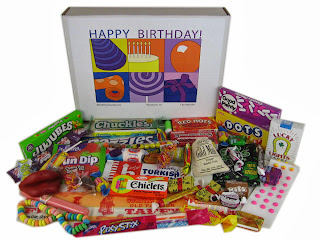 Retro penny candy is enjoying a new revival despite changes in people’s shopping behavior and a highly competitive market fully saturated with sweets offering new and exciting flavors. Penny candy is a tough opponent to defeat. Most varieties have been on the market for close to a century, and it looks like they are not going anywhere. In fact, thanks to a new marketing strategy capitalizing on people’s fondness for a trip down memory lane, retro penny candy is making a full comeback.

The original penny candy came to life in the late 1800s, when grocery stores, soda fountain stores, and variety stores started offering them in small quantities. At the beginning, it was indeed possible to purchase most of these mix-and-match candies for a penny. With inflation over time, the price rose up to a nickel, then to a dime, and finally to a quarter around a piece. The name penny candy, however, stayed.

It is not a novel idea to reminisce with the aid of sensory experiences. Naturally, most people have pleasant, and even cherished, childhood memories that are connected to sweets treats. Christmas, Halloween, birthdays, visiting grandparents, or simply a trip down to the corner store to spend one’s pocket money with friends are all occasions deeply connected with one’s favorite penny candy. These are the memories retro penny candies can bring to life for those who remember going grocery shopping at family-run stores on their small town’s main street, barbershops with seemingly unwavering number of old men, and housewives gossiping on their porch over cake and coffee.

In fact, Good & Plenty, the oldest penny candy branded in the United States, could bring a smile on a centenarian’s face, as it has been on the market in the same form since 1893. Similarly to Good & Plenty, most old fashioned candies started their life in privately owned small companies. For instance, the Fox-Cross Candy Company gave the world the cold-loving Charleston Chew in 1922; the Chicago based Williamson Candy Store created the suggestively named O Henry! Candy bar in 1921, and one Clarence Crane in Ohio invented the American classic, Lifesaver, in 1912. Today, of course, original recipes of penny candies are owned by large corporations. The Lifesaver is a Wrigley product and Hershey acquired Good & Plenty in 1996. The Tootsie Roll Industries owns Charleston Chew, and O Henry! continues to pique interest as a Hershey brand in Canada and as a Nestle product in the Unites States.

However fascinating and singular their stories might be, penny candy continues to charm and delight fans across generations. With its contemporary revival, retro candies are sure to make new friends along the way among the younger generation as well. In the end, those centenarians cannot all be wrong.