Woodstock Candy Posting Page
Thursday, February 24, 2011
The Beatles, a GRAMMY, and Some Candy 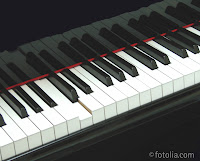 We love everything about the 1960s here at Woodstock Candy. We supply the candy that you need to relive your childhood.

But what about the music? Remember when all of the Beatles albums came out on CD for the first time? They were the Beatles’ original UK versions. The US had totally different playlists. (Up until 1966, anyway.) Thankfully, The Beatles’ “Stereo Box Set” was recently released. Now the kids that grew up listening to The Beatles in America can relive that the way they remember it.

So you can kick back and relax and listen to some classic pop rock with a pack of Pop Rocks from Woodstock Candy! The Beatles box set is an excellent investment for any music lover.

We just have one question… Why did the GRAMMY committee even bother to nominate anyone other than The Beatles?