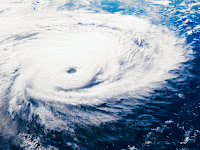 Hurricane Irene is pounding away outside, and it's pretty scary. The wind is blowing really, really hard, and the rain is coming down in buckets. There's nothing like a little nostalgia to forget about what's going on right now.

After a concert in Forest Hills Tennis Stadium in Queens, the Beatles were having dinner in their Delmonico Suite Hotel in New York City. Suddenly Bob Dylan appeared. Supposedly after some awkward conversation, he asked if they wanted to get high. He thought thought the refrain in "I Wanna Hold Your Hand" said "I get high" instead of "I can't hide." Folklore has it that Dylan rolled a joint, but because there was a squad of security detail in the hall they had to move to an inside room. Ringo and band manager Brian Epstein led everyone back there and stuffed wet towels at the bottom of the door to keep the smoke from getting out. This was supposedly their first group wide indulgence of smoking pot.

Some 200,000 civil right supporters gathered on the Mall in Washington, DC for the March on Washington for Jobs and Freedom. Martin Luther King delivered his 17 minute "I Have a Dream" speech from the steps of the Lincoln Memorial. Singers Bob Dylan, Joan Baez, Peter, Paul and Mary performed and civil right activists John Lewis, Bayard Rustin, and Roy Wilkins spoke. But the day belonged to King who called for racial equality and the end to discrimination.

Hurricane Irene makes landfall along the eastern seaboard. Today is the 48th Anniversary of the "I Have A Dream Speech," and the dedication to the newly unveiled Martin Luther King statue had to be postponed because of the hurricane. Chinese sculptor Lei Yixin took four years to complete the statue. Visitors will walk through two granite halves of "The Mountain of Despair" to reach the "Stone of Hope" in which King emerges.