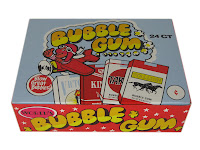 Bubble Gum Cigarettes that smoke aren't just for kids anymore. A lot of parents get upset at the thought of their children pretending to smoke, which I think is a little over reactive. Kids like to have fun and dress up and to role play. This doesn't mean that if they pretend to smoke, they are going to actually pick up the habit with real cigarettes at age 12. When my kids were little, I let them have Candy Cigarettes and Bubble Gum Cigarettes because I had them when I was little and I don't see anything wrong with this child play.

So I was really surprised when the father of one of my daughter's friends reprimanded me for allowing his daughter to have a pack of Bubble Gum Cigarettes. The shocking thing was was that this man was a really serious alcoholic, and of all the things to get upset about, corrupting his daughter like this. And in my candy store, a mother came marching in more than once to yell at me for selling Candy Cigarettes to her child. The child's nanny was with her when she made the purchase, but I was to blame...

These candies have been around for as long as I can remember, and I'm over 50. Bubble Gum Cigarettes are especially popular with Baby Boomers wanting some nostalgia. They still come wrapped in paper, and you get a puff of smoke when you first exhale through one. There's not as much powder in them like there used to be, but just enough for the memory. They are a real blast to the past and will bring you back to your childhood days. And if the kids get hold of Bubble Gum Cigarettes, so what?!