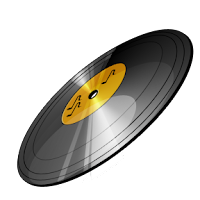 It's hard to believe that Buddy Holly would have celebrated his 75th birthday today. Unfortunately the airplane he was in, along with J.R. Richardson (The Big Bopper), and Ritchie Valens crashed on February 3, 1959, killing all three legends of rock 'n' roll. He was only 22, but already had 10 top hits on the Billboard Hot 100 Chart. He is best remembered for the songs "Peggy Sue," "That'll be the Day," and "Everyday."

September 7 is being called "Buddy Holly Day" and today he was being honored on the Hollywood Walk of Fame. His widow accepted his Star.

Holly was a pioneer of rock 'n' roll and influenced The Beatles, The Rolling Stones, Bob Dylan, Elton John, and countless others. Don Mclean wrote and preformed the song "American Pie" in honor of Holly.
The '50s were the beginning of rock 'n' roll; music that had influence on so many people. Other musicians who were popular in Holly's time were Chuck Berry, Elvis Presley, James Brown, Sam Cooke, and Little Richard. If you're wanting some nostalgia, put on some Buddy Holly music and drift back to that era. For anyone who grew up during that decade, a box of retro candy from the 1950s would take you back as well. Candy Cigarettes, Candy Buttons on Paper, Chuckles, Squirrel Nut Zippers, and a Bubble Gum Cigar would all be perfect for a trip down memory lane.