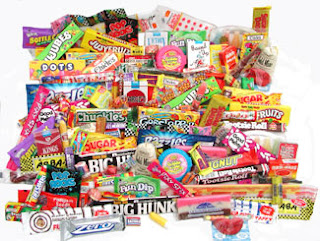 Everyone can name at least one candy from their childhood that worked its way, not only into their stomachs, but their hearts as well. These sweets known as, ‘retro candy,’ call back to the days when penny candy ruled the shelves and the sweets of choice ranged from Bit-O-Honey to Boston Baked Beans. Over the course of almost three hundred years, the United States alone saw a multitude of candy companies come and go, some to be revitalized because of their cult-like followings while others simply faded into obscurity.

During the earliest years of civilization, the first candy known to man consisted of honeycombs simply taken from beehives. Centuries later, an Italian explorer by the name of Christopher Columbus landed in the Americas, discovering a bittersweet delight that would become one of the world’s most adored confections: chocolate. This treat would receive an even bigger boost during the 1800s, when there were hundreds of factories in the United States producing candy. One of these plants was headed by a man named Milton Hershey, a confectioner who had manufacturing equipment shipped from Germany to his very own factory based out of Pennsylvania. There, his employees went to work creating what was essentially the first American candy bar known to the world.

During the Second World War, in order to uplift American soldiers, women workers at the Whitman’s Candy Company slipped notes into boxes of their chocolate that were shipped overseas to the troops, which resulted in a few relationships, as well as marriages when they arrived back from battle. As the country headed into the fifties, televisions were finding their ways into the homes and minds of Americans, resulting in companies developing new and clever ways to promote their sweet concoctions to the youth of the nation.

By the 1960s, Mars was ushering in a new candy, one that was promoted as a healthy sweet loaded with Vitamin C called Starburst Fruit Chews.

Going into the seventies, one particular candy by the name of Pop Rocks gained an astronomical level of prominence in the seventies when an urban myth based around the idea that when mixed with Coca-Cola, it would cause one’s stomac
h to explode.

Big League Chewing Gum, founded in the 1980s, was created as a means to an end when baseball players Jim Bouton and Rob Nelson grew more and more concerned in regards to the number of players who used chewing tobacco during their games. Subsequently, candy cigarettes and bubble gum cigars took a dive in their mutual popularity.

Today, it takes a bit of effort to find those more obscure candies such as Charleston Chews and Lemonheads that, although still exist, are no longer advertised as heavily as their more up-to-date counterparts. However, movie theaters are still a prime spot to go for tried and true candies such as Sour Jacks, Milk Duds, and Good and Plenty. Just as sweet as the very first time, retro candy will never go out of style.