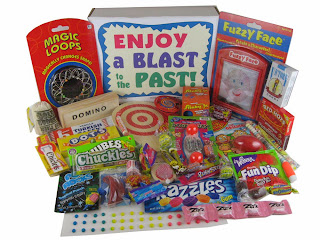 Here are some toys of the 1950s , that are remembered so fondly by those who grew up with them.

The Barbie doll came out in 1958. Ruth Handler, a co-founder of the Mattel Company, named the doll for her daughter, Barbie. The Barbie doll was designed to be a dimensional type of paper doll for dressing up with pretty clothes.

Play Doh was designed as a non-toxic wallpaper cleaner that was reusable in 1955. That year, Play Doh was used as a harmless substitute for clay for modeling. The McVicker brothers manufactured Play Doh under Rainbow Crafts Company. At first, Play Doh came in white only but now it comes in many bright colors.

In 1870, William Russel Frisbie, a baker, put the family surname on the reusable pie plates with the hope that when a housewife saw his name, she would want to buy a ready made pie and not bake a pie. In the 1940's, Yale students starting throwing and catching the Frisbie pie tins. In the 1950's, William Frederick Morrison made a disk shaped like a saucer and sold his idea to Wham-O which sold the disks. The president of Wham-O saw the pie plates being thrown and caught at Yale. Upon his return to California, he renamed the plastic disks. The second “i” was changed to an”e”, thus the name Frisbee. The Frisbee is still a very popular toy.

When on a trip to Australia, a friend of the president of Wham-O saw children turning bamboo hoops about their waists while exercising. In 1958,Wham-O produced 15 million hula hoops in bright colors.

In 1927, PEZ was a mint dispenser invented by Edward Haas, an Austrian candy maker. Oskar Uxa, an employee of PEZ changed the dispenser to resemble a cigarette lighter. In 1955,PEZ decided to put heads on the dispensers and sell them to children.  PEZ dispensers are popular collectibles with new designs being created all the time.

All these toys of the 1950s were lasting ideas and are still being sold and used.