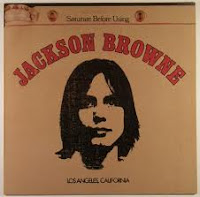 I used to listen to Jackson Browne back in the '70s while playing my cassette tape of his songs over and over again. I knew all the lyrics to the album Jackson Browne, and would belt them out as I drove along. November 16, 1976, was a big day for Browne, because that is the day his album went gold. That was 35 years ago today!! Some people know the album as Saturate Before Using since those words appear at the top of the cover, although the cover art was meant to look like a water bag. Supposedly those words were not supposed to be the title of the record. Jamaica Say You Will, Doctor My Eyes, Song for Adam, Under the Falling Sky and Rock Me on the Water are just a few of the songs on the album. You've gotta love them if you were coming of age in the 1970s. Songs like those can take you right back to that time, just like nostalgic candy can!
Many people relate to time periods through memories of music, movies, clothes they wore, or the friends they hung out with. The memories we like the best are the ones of candy. That 's why we recommend a box of nostalgia candy memories from the '70s to transport you back in time while you listen to some of Jackson Browne's music. When is the last time you had Pixy Stix, Candy Buttons on Paper, Candy Cigarettes, Pop Rocks, Razzles, and Wax Lips? If it's been a while, treat yourself to a relaxing night with some good songs and great candy!